Below is a list of Cold Cases that have occurred within the City of Concord.  Along with the Attorney General's Cold Case Unit, we diligently work to solve these cases..  If you have any information about any of these cases please call the police department at 603-225-8600 or provide an anonymous tip to the Concord Regional Crimeline via telephone at 603-226-3100, or by filling out a "tip form" on the Crimeline's website.

Year of Death or Disappearance: 1975

On May 20, 1975 at approximately 12:30 p.m., the body of Judy Lord, age 22, was discovered in her Royal Gardens apartment in Concord, NH.  She had been suffocated and strangled.  At the time of her murder, Judy Lord lived with her seventeen-month-old son, Gregory.  Judy was last seen alive on the evening of May 19, 1975 at about 10:30 p.m., when she left a volleyball game that was being played in a common area of the apartment complex.  Crime scene technicians spent over two days processing the apartment for evidence.  Over the years numerous interviews have been conducted with friends, neighbors and acquaintances.  Despite the efforts of investigators and the New Hampshire State Police Crime Lab, this case remains unsolved. 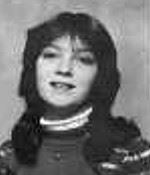 Year of Death or Disappearance: 1984 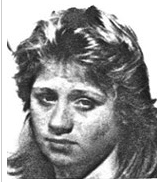 Sonya Moore, age 14, was last seen on November 2, 1989 when she left home at 36 Summer Street, Penacook (Concord), NH. Her body was found on April 7, 1990 in Stark Pond in Dunbarton, NH. Sonya’s body had been in the water for a significant period of time and was discovered when the ice melted. The medical examiner concluded that her death was result of homicidal violence of an unspecified type. 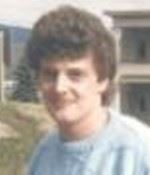 David Braley, a 21-year-old Belmont, NH resident, was last seen alive at the Take 4 Music Hall Night Club in Concord, NH on November 10, 1989.  His body was pulled from the Merrimack River in Manchester, NH, on March 18, 1990.  Police believe that David was involved in an altercation behind the nightclub that November evening and was badly beaten.  Police believe that David’s body was later dumped into the river.  Although this case was not ruled a homicide by the state medical examiner, the circumstances surrounding David’s death are suspicious and would suggest foul play was involved.

Year of Death or Disappearance: 1996

Paul Siegler grew up in Concord, NH and graduated from St. Paul’s School in 1959.  He earned a degree in physics from the University of New Hampshire and an MBA from Harvard.  Paul moved to California and returned to Concord in the late 1970’s.  It is suspected that Paul developed a mental illness and eventually became homeless in Concord, living in the woods along the Merrimack River.  Paul was last seen on November 15, 1996 in a phone booth located at the old “Bear Right” which is the current location of the Burger King restaurant, located at 15 Hall Street.  Paul was actively looking to find shelter from the bitter cold and was believed to have not been taking his prescribed medications.  A search was conducted and Paul’s tent was located along the Merrimack.  Inside was a bible that friends and acquaintances said he always carried with him.

Year of Death or Disappearance: 2014

Paul Bonin was last seen on February 20, 2014.  At the time Paul, who was homeless in Concord, NH was heavily intoxicated and left in the care of a friend. The following morning Paul was inexplicably gone and hasn’t been seen since.  Known associates, friends and relatives were interviewed and several spots frequented by Paul were canvassed.  Paul Bonin was found to be well-liked throughout the homeless community and had no known enemies or disputes. His disappearance was determined to be out of character and strongly suggested that he was deceased, as opposed to purposely leaving the area. Paul was known to sleep in dumpsters, and it cannot be ruled out that his body made it through the series of checks at transfer facilities before ending up in a landfill. There were no credible tips or evidence found to indicate that Paul Bonin was the victim of foul play.